Video of the live-streamed service for Passion Sunday 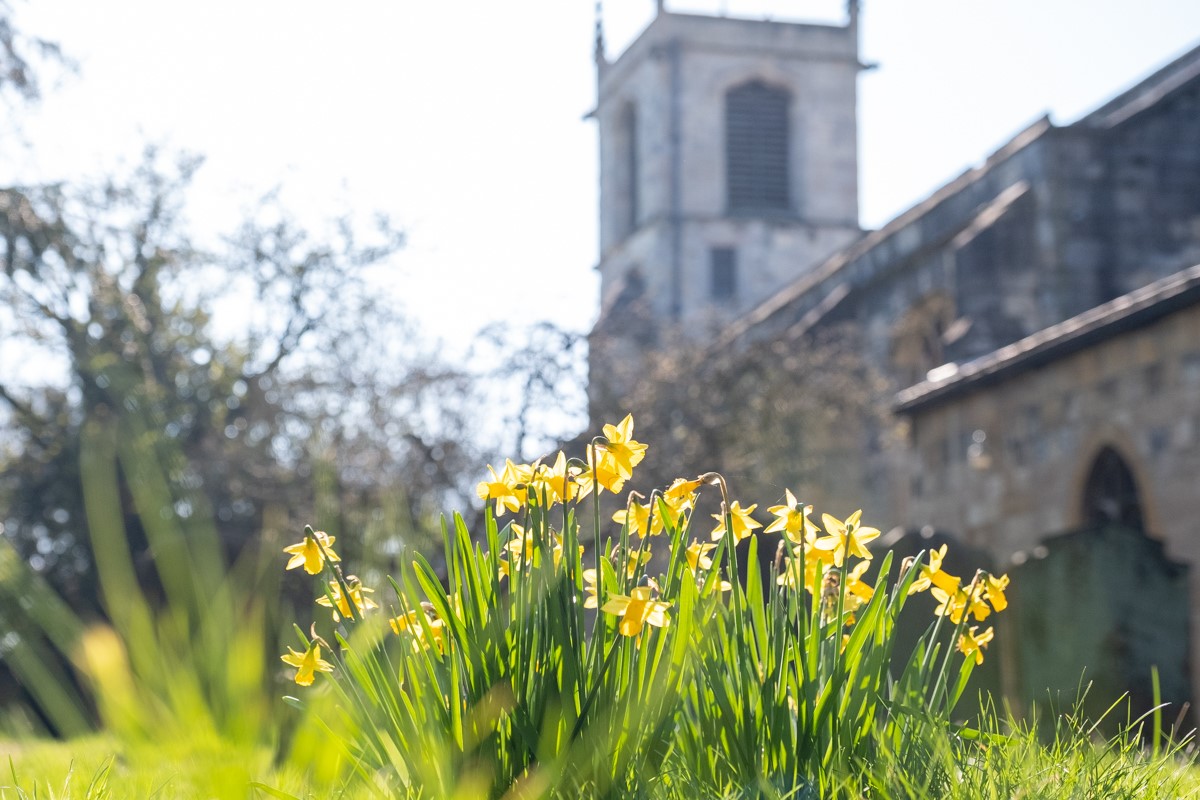 Order of service for Eucharist for Passion Sunday 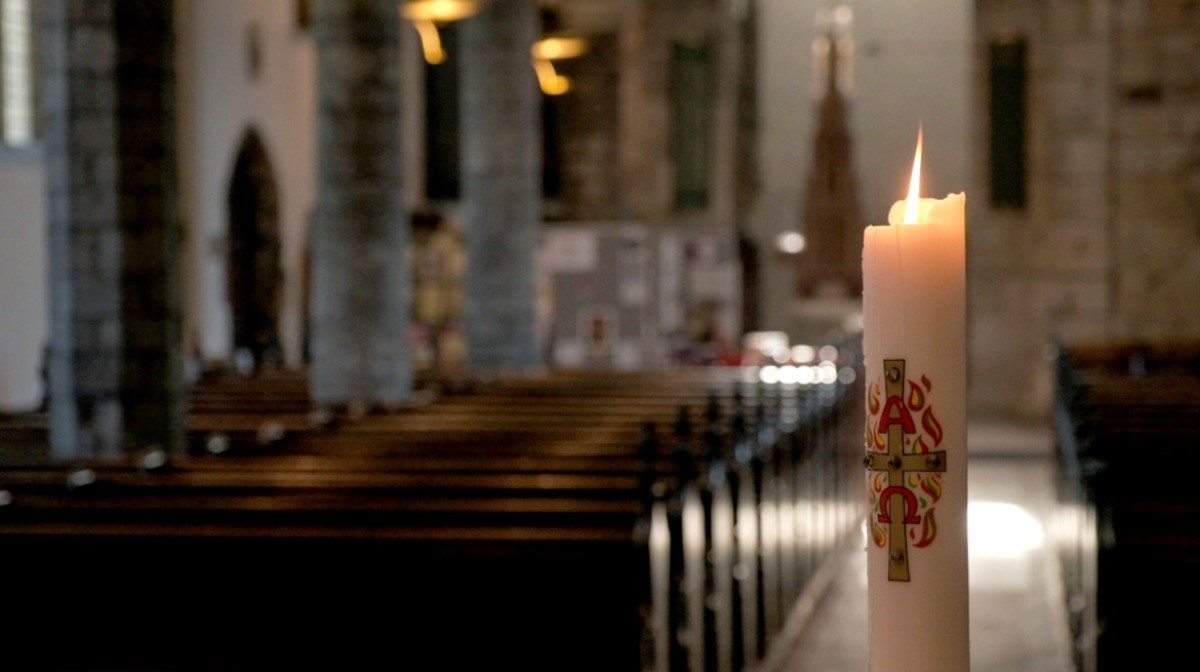 The Giving of Life from Death

The Giving of Life from Death

When I first started to think of what I might say today, I looked up the readings and a clear theme stood out for me – the giving of life from death; and I thought – surely I can work with that. We have just heard Ezekiel’s clear vision of the plain, full of dry bones in every direction. Encouraged by the Lord, with his prophesy they come to life; they are given the gift of that life-giving breath of God.

We have also just heard of Lazarus’ death and Jesus’s response to it, resulting in Lazarus being brought back to life, that life-giving act of God. So yes, we have a potentially clear theme – the giving of life from death.

How does all this fit with me? While we are all reeling from the shock of responding to the current National Emergency, it also seemed important to retain some continuity, so I have stuck to the plan, which was that I should share some thoughts about working with people living in the margins. This is in line with the LiveLent course, Care for God’s creation which some of us have been following over the last four weeks. 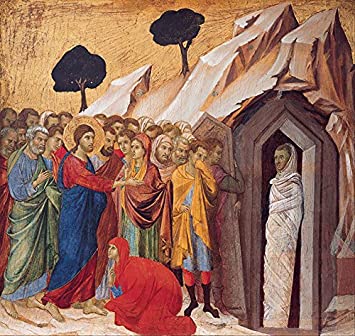 Working for people at the end of their lives

For most of my adult life, I have worked in the world of Adult Social Care. Professionally, I am a social worker and I work alongside anyone over the age of 18 who through ill health, disability or vulnerability require support to manage difficulties they may be facing. That sounds a fairly straight-forward and worthy aim, but to assist individuals to live the way they claim they want to, can at times be fraught with challenges. Their view of what is right for them may differ significantly from the view of people around them, and indeed society at large. So it can often be complex, involving possible conflict, negotiation or advocacy, generated from balancing risk with safety.

Most of my work in recent years has been about managing risks with people at the end of their lives, and increasingly with people whose memory is failing, who are confused and disorientated. Their diagnosis suggests that they could well be in a frightening and distressing process, facing a future of losing control and self-determination, unenviable decline, and the disintegration of the life that they have known and cherished. They definitely live in the margins – of life, of society.

I am very aware that many of you will have much more intimate experience than me of living with people with some sort of degenerating cognitive impairment and memory loss, with Dementia.  For these people then, this theme of the giving of life from death might appear to be the complete antithesis to what they are experiencing, and they could well be thinking that the reverse is actually the truth for them. What for them is Ezekiel’s life-giving breath of God or Lazarus’ life-giving transformation?

The start of Passiontide

Today is Passion Sunday, when the Church in its liturgical calendar focusses on the start of Jesus’ journey to Jerusalem, and follows him ultimately to his death on Good Friday. Let’s remember that the word Passion is derived from Latin to suffer, to endure, to allow, to be acted upon. Is there something here which resonates with this group of people?

Next Sunday the Passion narrative tells of Jesus’ entry into Jerusalem at the height of his popularity, completely in charge of his actions and his intentions. But as the story unfolds, we shall be reminded that Jesus gives up that control, albeit deliberately, and is handed over by Judas to the authorities. He is later handed over by Pilate to be crucified. So Jesus is now at the mercy of those into whose power he has been handed over. They choose to abuse him, to mock and humiliate him and of course eventually to crucify him.

I am not suggesting that this is an exact parallel as Jesus clearly had some element of choice in him being handed over; nevertheless I think there is something in this idea of being handed over for these people with dementia. As it progresses, the dementia itself acts as the agent which denies people the control they have had over their own lives and by its very nature hands them over to the mercy of others. They become dependent on other people’s behaviour and attitudes, and they can find themselves defenceless, vulnerable, anxious and lost.

So how can we understand this apparent very dark time for people with dementia in this last season of their lives? I fear that there is no blanket response and we must hope that each individual will find their own glimpse of Good in their darkness. However, I do have one image that has stayed with me for many years. 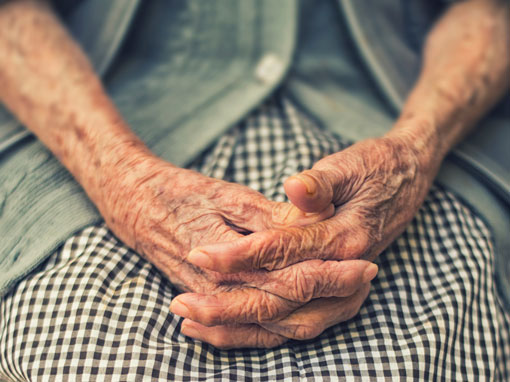 The life-giving breath of God

Edith had advanced dementia and lived in a care home. She could do little for herself, needing total care from the staff. She was unable to speak and it was not apparent that she understood anything that was said to her. I visited her with her daughter-in-law and Edith sat, supported in her chair, looking at us with what seemed large empty eyes. The daughter-in-law said to me, “What is the point of her still being here? She has had her life. Why does she have to go on living like this?” I could hear the frustration in her voice and could understand her anguish. Then I looked at Edith, noticing the carefully done hair and the beautifully manicured and varnished nails, and then at the young carer at the meeting with us who had been talking to Edith gently and stroking her hand. I realised then that the carer was responding to the essence of Edith, and that Edith herself, through her passivity, was drawing out a sense of care, of love even, from this young carer. A reciprocal connection between them was apparent.

So Edith living in the margins was near the end of her journey from Life to Death but could still offer something to her carer. As with so many others in her position, their condition, their Dementia, hands them over, through inevitable vulnerability and dependency, to the mercy of others. Nevertheless, as I found with Edith, they retain their God-given core, that life-giving gift of the breath of God. This in turn offers an opportunity to others to discover and develop within themselves their own life-giving gift of care and love as did the young carer; thus bringing life from death.

Any cookies that may not be particularly necessary for the website to function and is used specifically to collect user personal data via analytics, ads, other embedded contents are termed as non-necessary cookies. It is mandatory to procure user consent prior to running these cookies on your website.